The eco guide to optimism

Things are looking up: wind and solar make up three-quarters of new energy capacity. Photograph: Murdo Macleod for the Guardian

Let’s begin with the bad news. First, Earth Overshoot Day – the point at which the world consumes more natural resources than the planet can renew throughout the year – shifted forward this year to 2 August, putting humanity in the red for longer.

Research revealed that summer temperatures in parts of the Middle East and North Africa are increasing twice as fast as the average pace of global warming, so by 2100 it will be impossible to live there.

Also, climatologists fear that global wheat will not be able to bear the heat (a potential disaster given that it supplies 20% of dietary calories worldwide) and others say there is only a 5% chance we can stay under 2 degrees of warming (the threshold set by the Paris Agreement).

Wow. The Sixth Mass Extinction might be upon us but the most endangered species on the planet right now is the climate optimist. As an antidote, visit mission2020.global, convened by Christiana Figueres (star of the Paris talks), and acknowledge the eco “wins”. These include the fact that last year global emissions plateaued while growth has continued. Previously emissions have only plateaued during recessions.

This suggests we are starting to unlink greenhouse gas emissions from production and consumption. The aim now needs to be to move to a downward trend but we are, in the words of scientist Johan Rockstrom, “starting to bend the curve of emissions”. That is huge!

It has also been a giant year for renewable energy. Wind and solar made up three-quarters of new energy capacity and coal demand was cut by 10%.

Dystopian visions are strangely seductive. A better way to look at this is as an age of great transformation. Excitement brings out the optimist.

The big picture: swimming with icebergs 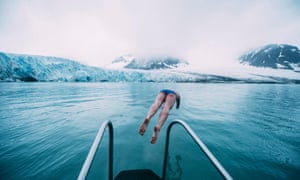 Endurance swimmer Lewis Pugh (known for his “Speedo diplomacy”, after he campaigned to create the world’s largest marine protected area off Antarctica) once again brings attention to warming waters, most recently swimming against the edge of Arctic ice. According to reports, the photographer Kelvin Trautman also played an active role in hauling the UN patron of the oceans out at the end of a 22-minute swim.

Well dressed: clothes with a conscience 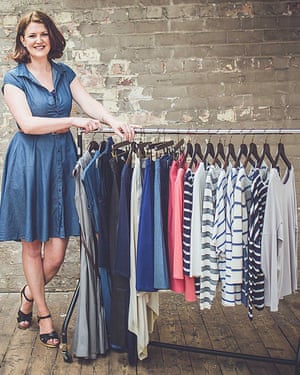 Sometimes you crave straight-talking common sense in the fashion world. Manchester-based former teacher Sarah Jerath is happy to oblige with her fledgling collection. ‘Consumers have the right to see and understand how money flows across fashion’s supply chains,’ she says.

Jerath’s approach also calls time on disposable fashion: her collection is made up of ‘forever’ dresses, skirts, tops and knitwear, plus jumpsuits that have attracted attention from fashion bloggers.

If she can ensure a long life for those pieces she’s on to a winner; research from wrap.org.uk shows that extending the life of clothes by an extra nine months, in the UK, reduces the carbon, water and waste impacts of that garment by up to 30%. Jerath is just at the start of her journey towards mainstream ethical brand.

Source: The eco guide to optimism